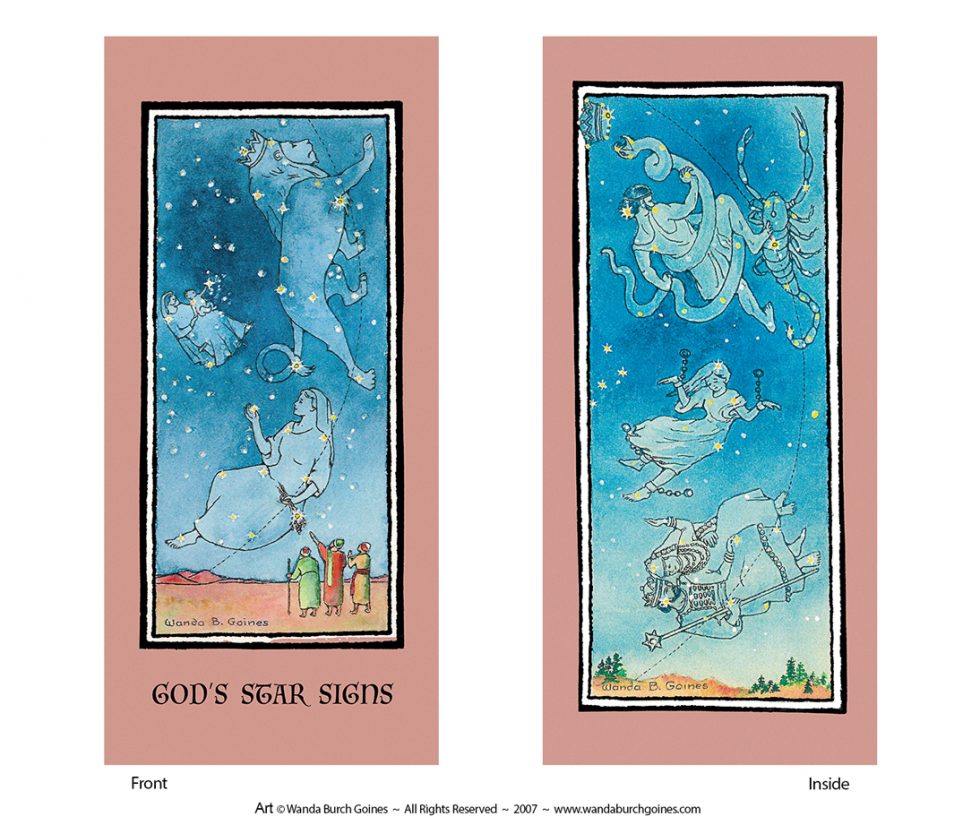 God placed His gospel in the stars
with signs for all to read.
Before He made a living thing
He planned and foreknew everything
from virgin birth to lion King:
It's there for us to heed.

To Satan causing Eve to sin,
God roared the Battle-cry:
"The Woman's Seed
will crush your head!"
"The warfare will be fierce!" He said.
And Adam's fallen children read
this 'blazoned in the sky.

On every month another sign
fixed in the sun's great path
brought mankind hope against despair:
The Woman's Seed, God -Man, would bear
the scorpion's sting, the serpent's snare
to save us from God's wrath.

His Lamb would have the victory
and triumph in the end.
He'd die, and rise to life again,
release the captive from her chain
and raise her up, with Him to reign,
Her Bridegroom, King, and friend.

Some see these emblems placed above
as myths, or ancient tales.
They change God's truth into a lie,
and in rejection, falsify
His Word engraved upon the sky
'til hopelessness prevails.

God's Word and star-signs have one voice,
But when all bow the knee
to Him, Whose Word outlasts the sun,
He'll scroll the stars up, one by one,
and telling each its work is done,
proclaim eternity.
-Wanda B. Goines