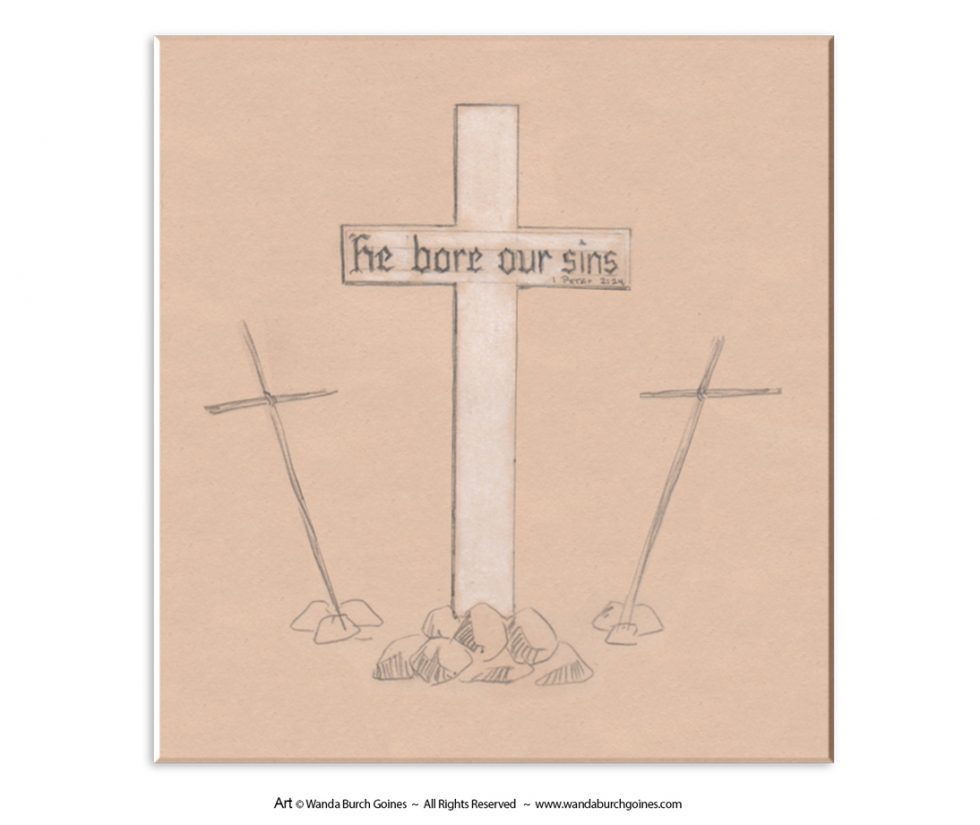 "Lord, how often shall my brother sin against me, and I forgive him? Up to seven times?" Peter asked Jesus, after hearing His instruction on dealing with a transgressing brother. Peter evidently thought this would be more than enough forgiveness, and expected to be praised for his "godly" attitude. How startled he was when Jesus replied no, not seven times, but 70 x 7 times: in other words, EVERY TIME your brother sins until you've lost count, and your resentment and even memory of the injury disappears!

Was Peter asking that if he contained his anger for a set time then afterward he'd have the Lord's consent to self-righteously explode? I used to have just such an attitude, and it was NOT a godly one. When my tired husband came home from the office each evening, it seemed he would find something to complain about, and try as I would, something always was out of place with lively preschoolers, and he was sure to spot it. I'd determined to "suffer in silence" for three criticisms only, then give myself permission to get upset. So (you guessed it) I got upset every night! I didn't know then that if I was patient 3 times I could keep on being patient, just as if Peter forgave 7 times he could keep on forgiving. It's a matter of will: so I willed to make a bad matter worse.

The Lord explained His response to Peter in Matthew 18:21-35, one of the most soul-searching parables in the Bible. He told of a king settling accounts with servants who were in charge of collecting revenue for his royal treasury. One evidently had not turned in the revenue, and owed his master 10,000 talents (the largest possible number in Greek mathematical notation.) If this immense sum was of gold, it was equal to the income of the entire British empire in Queen Victoria's reign, or untold millions of dollars today! How the servant could accumulate such a debt, or why he wasn't called to account sooner was not Jesus' point; the point was, he couldn't pay it. It wouldn't even make a dent in his obligation to sell him, his family, and all they owned, yet when he begged for time, "The master of that servant was moved with compassion, released him, and forgave him the debt."

Had the servant given any thought to paying his enormous debt until facing the king? When confronted with utter disgrace and ruin and then getting a miraculous reprieve, was he a humbled man? Did he lightly value this magnificent gift because it cost him nothing, though it was very costly to the king? It's clear his heart was not changed, and neither was his method of extracting revenue from HIS debtors. Immediately he found one who owed him about 12 dollars (less than 1/600,000 part of what he'd been forgiven!) and taking him by the throat demanded instant payment. This man begged for time, pleading exactly as the servant had pleaded with the king, but was thrown into prison without mercy until the debt was paid.

Grieved fellow revenue-collectors reported this news to the king, who was furious. "You wicked servant!" he roared. "I forgave you all that debt because you begged me. Should you not also have had compassion on your fellow servant, just as I had pity on you? And his master was angry, and delivered him to the torturers, until he should pay all that was due him." Then Jesus warned, "So My heavenly Father also will do to you if each of you, from his heart, does not forgive his brother his trespasses." By letting the revenue collector unwittingly set the standard for how he deserved to be treated, the king judged him exactly as the servant judged his fellow-man. In this way the king imitated the man, and since this parable is about God and us, this is how God will imitate us.

To imitate another is to follow his example, whether it is good or bad. Our perfect Example is Jesus Christ. The Apostle Paul told young believers to "Imitate me, just as I also imitate Christ", and "Be followers of God as dear children" ( 1 Corinthians 11:1, Ephesians 5:1). Yet in the model prayer given by Jesus Himself, we ASK GOD TO IMITATE US! The Amplified Bible says: "And forgive us our debts, as we also have forgiven (left, remitted, and let go the debts, and given up resentment against) our debtors." Placed at the center of Jesus' Sermon on the Mount, this is one petition in the Lord's Prayer He didn't want us to misunderstand, so He added, "For if you forgive men their trespasses, your heavenly Father will also forgive you. But if you do not forgive men their trespasses, neither will your Father forgive your trespasses." (Matthew 6:12, 14-15) Do we realize that here we judge ourselves, asking God to imitate us and possibly bring down a curse on our own heads?

Debts, trespasses, wrongs, mean “sins", and all sin is against God. Joseph, being tempted to immorality by Potiphar's wife, cried, "How then can I do this great wickedness, and sin against God?" (Genesis 39:9), and after taking Bathsheba and ordering her husband murdered, David confessed, "Have mercy upon me, O God ... Against You, You only have I sinned, and done this evil in Your sight." {Psalm 51:4) These men understood that all disobedience is sin, and each sin is a 10,000 talent debt to God, even when it seems to be against a person. Thus it follows that all unforgiveness of another is against God, because men are made in His image, and He takes everything we do against each other as done to Himself, just as a good father takes personally wrongs against his little child.

We may say words thoughtlessly, but the Lord doesn't take them so. To pray "as we also have forgiven our debtors" actually means in the same way as", "to the degree that" we've forgiven others. Who can truthfully say, "I've no resentment against anyone. I don't hold any grudges. No matter what anyone said or did against me, no matter how cruel or unwarranted, I've totally forgiven that person, and don't even remember the wrong." Yet isn't this how we want God to forgive us?

It's been said that to pray Matthew 6:12 is legal ground, and that under law forgiveness is conditioned upon a like spirit in us, but under grace we're forgiven for Christ's sake, and should forgive because we are forgiven. Paradoxically, both are true and both apply to us today: quibbling about which comes first is foolishness. See Psalm 18:25; Proverbs 21:13; Matthew 5:7; Mark 11:25-26; Luke 6:37; Ephesians 4:32; and James 2:13, 5:9.

FORGIVE! Our 10,000-talent debt of sin is so enormous it never can be repaid, and if God freely forgives us we must forgive all twelve-dollar human debts in return, or else God will exact from us what we exact from others. Then He'll deliver us to the torturers of financial distress, physical distress, mental distress, emotional distress, or relationship distress until we've repented and confessed and learned to love. Imitate Jesus Who, even though it cost Him his life, cried out on the cross, “Father, forgive them, for they do not know what they do!" (Luke 23:34) Forgiving is a matter of the will. Forgive even if the one you resent has died, because God holds us accountable for our attitudes. (Those who sinned against us probably didn't know God was taking it personally any more than we did, and with the forgiving comes healing and forgetting.) FORGIVE! Imitate God, so He can imitate us to our blessing, not our torment. FORGIVE!                          -- Wanda