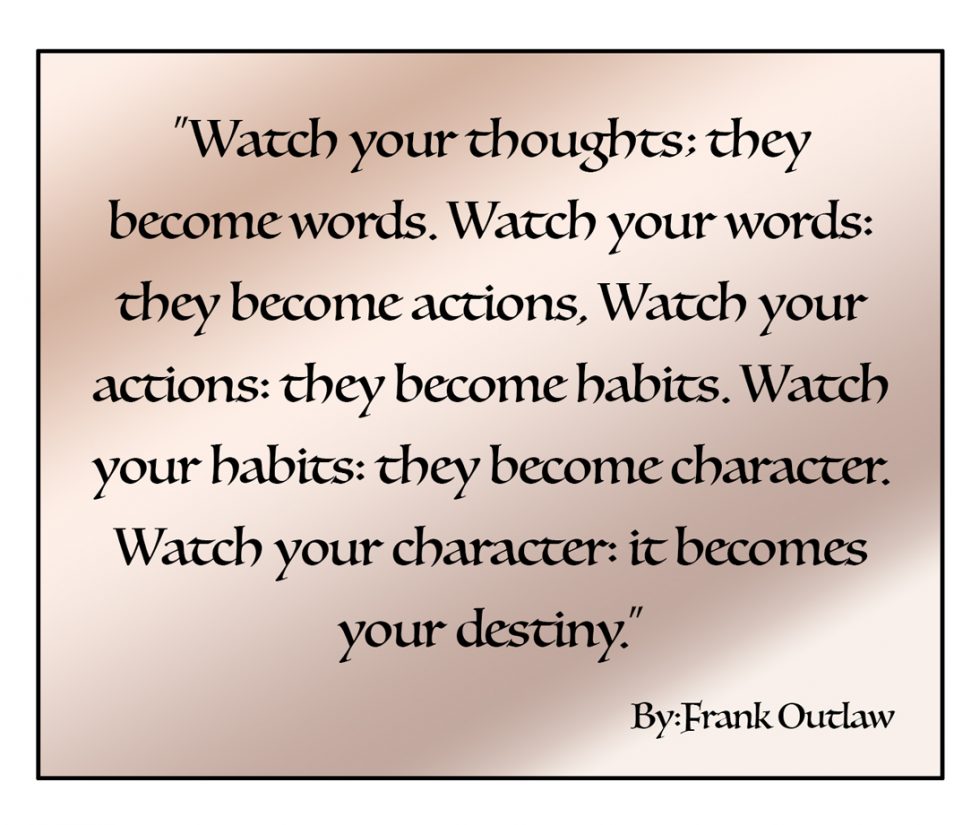 "Thank you for inviting me to your conference. According to the menu, it looks like a real feast is in store for each person in every session, and I’m honored to join you in it."

The subject I’ve been asked to speak on is “The Artist Within … Always Changing, Never Ending.” I’m not an authority on art, but from a little girl I loved to draw and write. These inclinations came naturally when I was born - - in other words, they were gifts, and I’ve used them all my life. During one memorable summer, my family, along with many others, camped out on the floor of Yosemite National Park to save rent during school vacation. (At that time anyone could stay there free for an unlimited time. This was during the Depression in 1934, and is unheard of today!) I did pencil drawings from around the park, and still have sketches of Vernal and Yosemite Falls. By age 12 I was writing and illustrating novels and poems, and produced endless comic strips for my little sister. I never stopped creating, but the focus changed as my family grew. Now I have fewer duties and distractions so I can concentrate on painting again, and recently discovered watercolors. Alta Bates Summit Medical Center encourages me in this, as they like my pictures of babies!

I think there’s an artist inside everyone. Art is the desire to create beauty or to bring order to something that will give joy and pleasure to ourselves and others. This may find expression not only in what we call “art”, but in all areas of life, such as homemaking, building, gardening, nursing, or mending bodies and souls. Often our special talents show up when we’re young. If we nurture and use them, we’ll have a great sense of accomplishment, but if we don’t want our God-given gifts to stay little embryonic potentials, we must exercise them. We’re never to old to find out what exciting ability is incubating inside, waiting to be made visible. Go to painting or weaving or jewelry classes! Take music instruction! Learn creative dance! It’s a matter of choice.

“Choice” is what this conference is about, isn’t it? - - the power of lifestyle choices at different ages and stages, choices for health, choices in parenting, choices in relationships. It helps to be guided along life’s path by someone willing to make our way a little smoother, and that’s why we’re here today. THE ARTIST WITHIN … ALWAYS CHANGING

During our 58 years of marriage (in which we moved 25 times) I was either pregnant or nursing for a total of 13 years. It was 33 years before our last child was out of the nest. Times have REALLY changed since my babies were born in the ‘40’s and ‘50’s. I never heard of Lamaze classes, nor pre-natal exercises.

During delivery, mothers were automatically shaved, given gas for pain, our hands strapped down and feet secured in stirrups. We never touched and barely saw our baby for hours after birth. Fathers paced outside during delivery. Any child under 12 had to wait to see the new sibling until mother and baby came home. I was scolded into lying flat in bed for 10 days when my first boy was born, and only allowed to sit up on the 8th day. (People go home after quadruple bypass surgery sooner than this now!) It was radical to ask for a natural delivery (which II insisted on for my last 6) or to breast-feed. Babies were given bottles in the nursery, and mostly viewed through glass. They were usually brought to me full of formula and asleep, so I had to wait to begin nursing when I got home. I learned to work outside the System. How many excellent, sensible improvements have taken place since then!

We talked about the changes in times and seasons which come to every person. Some we have no control over, but our responses to them are choices. These set the pattern for our lifestyle. It’s sad when young persons want to be older than they are, and older persons younger than they are. Eight-year olds don’t need to wear bras - - they have 60 years to endure those uncomfortable things. Fifteen-year olds don’t need to go steady - - they need to learn how to study, and control their emotions, and become contributors to a stable society. When they can make a living, and want to settle down for good, THAT’S the time to look for a mate.

White hairs don’t mean life is behind us, either, and we don’t need to disguise those hairs and act young. White hairs mean we’ve come through quite a few decades, and can build on that experience and look forward to something rich and new. There are many things I can’t do now that I used to do, but the secret is in adjusting to change and being content with who I am, and where I am, ALL the time, and making this the best season yet - -because for everything there is a season.

Recently I read of a man who mastered this secret. He was a Jewish Holocaust survivor from Poland during World War II. The Nazis forcibly separated him from his wife and 5 children, then gunned them down before his eyes. He spent the next 6 years in a concentration camp, living on the same starvation diet, sleeping in the same airless and disease-ridden barracks as millions of Jewish victims, but without the least physical or mental deterioration! He had no control over outward circumstances, but chose to take total control over his own thoughts. How did he do it? After liberation he told the psychiatrist that too often he’d seen what hate could do to people’s minds and bodies, so he had to decide (and this is where choice comes in) whether to let himself hate the soldiers who killed 6 people who mattered most to him in the world, or to forgive and love them. And because he knew that negative thoughts lead to negative words, which lead to negative attitudes and negative emotions, he chose to spend the rest of his life, whether it was a few days or many years, loving every person he came in contact with. His choice to love his neighbor resulted in a sound body and a sound mind.

How many of us can make a choice like this in order to keep physically and mentally well? This is how we change and grow, and this choice should never end. It starts with the person inside, with our thoughts. I went to two funerals this summer that brought out the effect of negative and positive thoughts. The first was for a wheelchair bound veteran who continually scowled, and spent years trying to sue the government to get more benefits. The only speakers at his memorial service were a daughter who read a short, dull history of his life, and his 20-something grandson. This young man, being compelled to speak, said he remembered both bad and good things (in that order) about his grandfather. But the only good thing he could remember was that when he and his sister wanted to watch children’s programs, grandpa insisted on listening to country music instead - - so grandson learned to appreciate country music! The service took less than 5 minutes. Not even guests smiled or talked during the potluck afterwards. What a negative legacy! What a waste life.

The second was for a woman who had a devastating case of environmental sensitivity for 40 years. She dared not touch synthetics, plastics or anything washed in detergents, nor have painted walls or carpets in her home. She nearly died if coming in contact with these. She was totally dependent on her husband’s help. Yet she was cheerful, positive, genuinely loved people, made them welcome, and encouraged others with disabilities, including a girl with MS who spoke glowingly at her funeral. There wasn’t a dry eye at her service. Hers was a joyful, successful life - - which, like the man in the concentration camp, came from her choice to be content and loving.

Once, when going through an unusually hard time of rejection, I had a severe battle with my thoughts. I knew that giving in to self-pity, which rapidly slides downhill into bitterness and depression, would keep me from encouraging anyone the rest of my life. I resolved to fight it, and not to be bitter, but better. I’ll never regret that decision.

An ad aired during the Athens Olympics for electronics components said, “It’s what’s within that makes the difference.” We need to apply this to ourselves, just as our next speaker will when she stresses the mind/body/spirit connection. Years ago I was so impressed with the following exhortation by Frank Outlaw that I made it into a bookmark: “Watch your thoughts; they become words. Watch your words: they become actions, Watch your actions: they become habits. Watch your habits: they become character. Watch your character: it becomes your destiny.”

THE ARTIST WITHIN … NEVER ENDING

So our choices begin inside, and here is where we change. Not only do we change, but these changes will last. It’s true that many circumstances are beyond our control. Aging, accidents, and the world situation are some of them. Good health is often a choice, but attitudes ALWAYS are. Thoughts and attitudes: these are what we must concentrate on, because there’s infinite capacity for the artist within each of us to grow and change. What’s inside will last forever. Knowing this, and acting upon it, determines how well we’ll cope in this life - - and the next. That’s what this poem is about: “The Gift-Wrap and the Jewel”